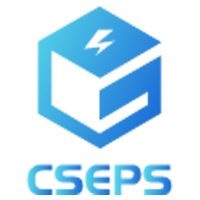 Experience: Assoc. Prof. Haoxi Cong, graduated from the School of Electrical Engineering, Shandong University, with a bachelor's degree in engineering and a doctorate in engineering in 2011 and 2016 respectively; from 2012 to 2016, he visited and studied in the State Key Laboratory of New Energy Power Systems, North China Electric Power University. Mainly engaged in the teaching of circuits and electrical engineering courses, as well as research work in advanced power transmission and transformation technology, electrical equipment intelligence and other aspects. Presided over 2 National Natural Science Foundation projects, participated in the completion of 4 National Natural Science Foundation projects, 1 sub-project of the National High-tech Research and Development Program (863 Program), and a number of scientific research projects of the State Grid Corporation, and published 1 academic monograph, both at home and abroad. He has published more than 50 research papers in important academic journals and conferences. He was selected into the Young Talent Support Program of the Chinese Society for Electrical Engineering, and served as a number of academic part-time jobs, including a member of the IEEE P2869 working group, a member of the CIGRE China National Committee Youth Committee, a member of the China Electrotechnical Society Youth Work Committee, and the IEEE PES Power Transmission and Distribution Technical Committee (China) Member of the Overhead Line Technology        Sub-Committee, Youth Editor of the Journal of Insulation Materials, etc.

Abstract：Multiple active sulfides in the transformer oil could react with the copper conductor to form cuprous sulfide, which adheres to the surface of the copper wire and the insulating paper, reducing the oil-paper electrical properties and cause insulation failure. At present, most scholars mainly focused on the corrosiveness of the single sulfide DBDS, while few on other sulfides and their synergistic deterioration effects. Based on the macroscopic experiment and microscopic molecular simulation, the project intends to analyze the change rule of aging characteristic parameters under different sulfide, voltage and temperature, to clarify the reaction process and their mutual conversion of multiple sulfur corrosion. Also, the synergistic deterioration mechanism of the oil-paper insulation by different sulfurs would be revealed. By extracting the decoupling characteristic parameters which can quantitatively characterize the multiple sulfur corrosion degree, the mathematic correlation model of the sulfur compositions, the aging characteristic parameters and the sulfur corrosion severity can be established, also with the quantitative characterization method of the sulfur corrosion severity degree. The protection effectiveness of passivator under multiple sulfur corrosion would be studied and the optimal passivator concentration for different corrosive sulfurs will be proposed. This project has certain scientific significance and application value for further revealing the sulfur corrosion phenomenon and its synergistic degradation mechanism, as well providing theoretical basis and technical means for preventing the sulfur corrosion insulation fault.

Experience: Assoc. Prof. Jinsong Tao received the M.Sc and D.Sc degrees in electrical engineering from Hubei University of Technology and Wuhan University, both in Wuhan, China, in 1997, 2006 respectively. During 2006 and 2007, He was as a visiting research associate in The University of Manchester, UK. He is currently an associate professor in Wuhan University. In 1989, he joined Wuhan Electric Transformer Factory, where he was an engineer involved with electric transformer design. From 1997 on, he came to the School of Electrical Engineering, Wuhan University. His current research interests include electromagnetic compatibility in power system, high voltage engineering, power system economics and intelligent transportation system. He has published 30 paper in which 8 are indexed by SCI.ead Line Technology        Sub-Committee, Youth Editor of the Journal of Insulation Materials, etc.